Back in January, I saw that nutritionist Marc S. Wood and personal trainer Jamie Robinson were holding a contest to give away a free month of their 30 Days to Wellness program. The winner would have two sessions a week with each of these guys for a month, and all that was required to enter was to answer a handful of questions. I had been struggling for quite some time to get on top of my diet and exercise, and this would be a dream come true to have the support of these two for an entire month. I knocked out my answers and sent them in. To my surprise, they selected me as the recipient, and we planned a day to meet up and discuss how the program would work, and how we would move forward. 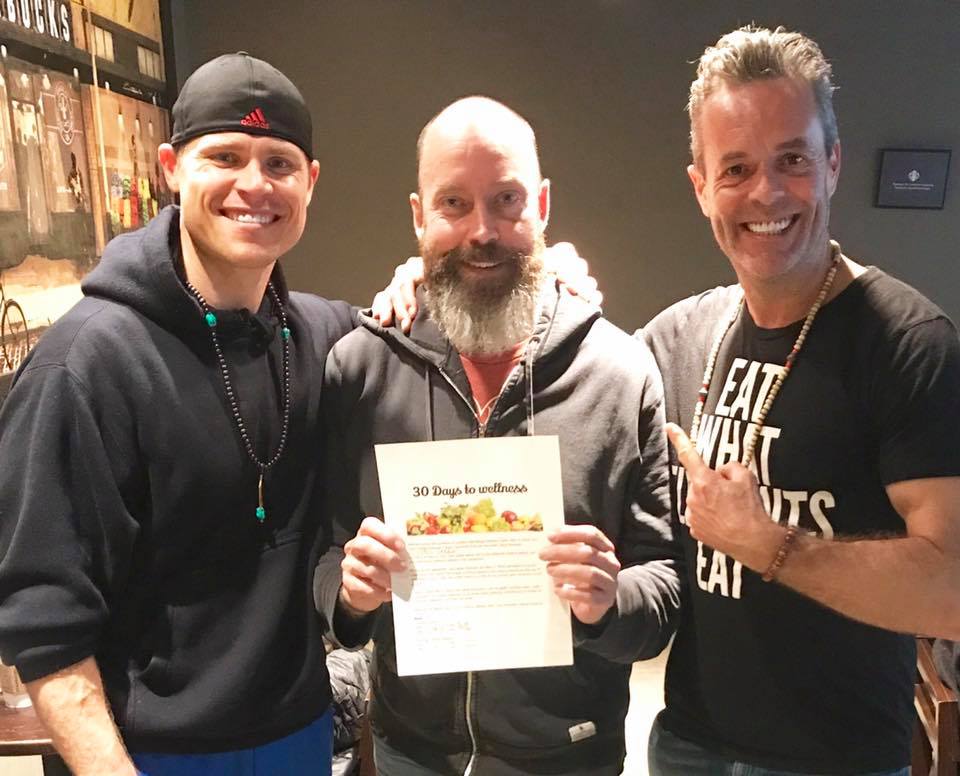 The three of us met in person one afternoon at a Brooklyn coffee shop, a meeting that is really interesting to reflect upon having completed the program. I remember feeling sort of out of place in the conversation, and even felt out of place just sitting at that table with these super fit and healthy guys — as if they were part of some secret world that I had been denied access to. I was encouraged by their enthusiasm, but on some level I didn’t think, even with their support, I would be able to get out from under my poor eating choices and lack of enthusiasm for exercise. They talked about how excited they were to help me and couldn’t wait to see how this transformation would affect my creative and activist work. I contained my skepticism and decided to fall back on the old AA cliché, “fake it till you make it.” We asked another customer at the coffee shop to take out photo and I low key tried to disappear. In spite of their kind openness, I was coming face to face with my own poor image of myself and longed for a way to peel off my skin.

The program began on March 5th. Marc and I cooked together the day before and made three dishes together — my breakfast, lunch and dinner for the first three days. I have been skeptical of cooking without oil for many years, but it’s hard not to believe something you see happening before your eyes. The food was flavorful and satisfying, and it was surprisingly easy to cook it all in one fell swoop like that. I think that’s my favorite and most important thing I picked up from Marc, condensing all of that meal prep into one session like that saves so much mental energy throughout the week, and makes it so easy to make good food choices.

Jamie came over to my apartment for our first training session to collect my measurements and take the dreaded “before” photo. This was another of those moments that I came face to face with the awful negative voices in my head that tried to convince me of what a disaster I was. We got the measurements and photo done with,and commenced to working out, right there in my living room! With just a mat and a couple resistance bands, we got a solid workout in!

The most valuable thing to me about working with Marc and Jamie was their ability to meet me exactly where I was. Even in my low moments of self-doubt and feeling down about my inconsistent exercise and diet, I knew they believed that I could do it and that I was exactly where I was supposed to be in every moment. That’s something that really carried me through the month — I knew that they believed in me even when I was couldn’t find a way to believe in myself. 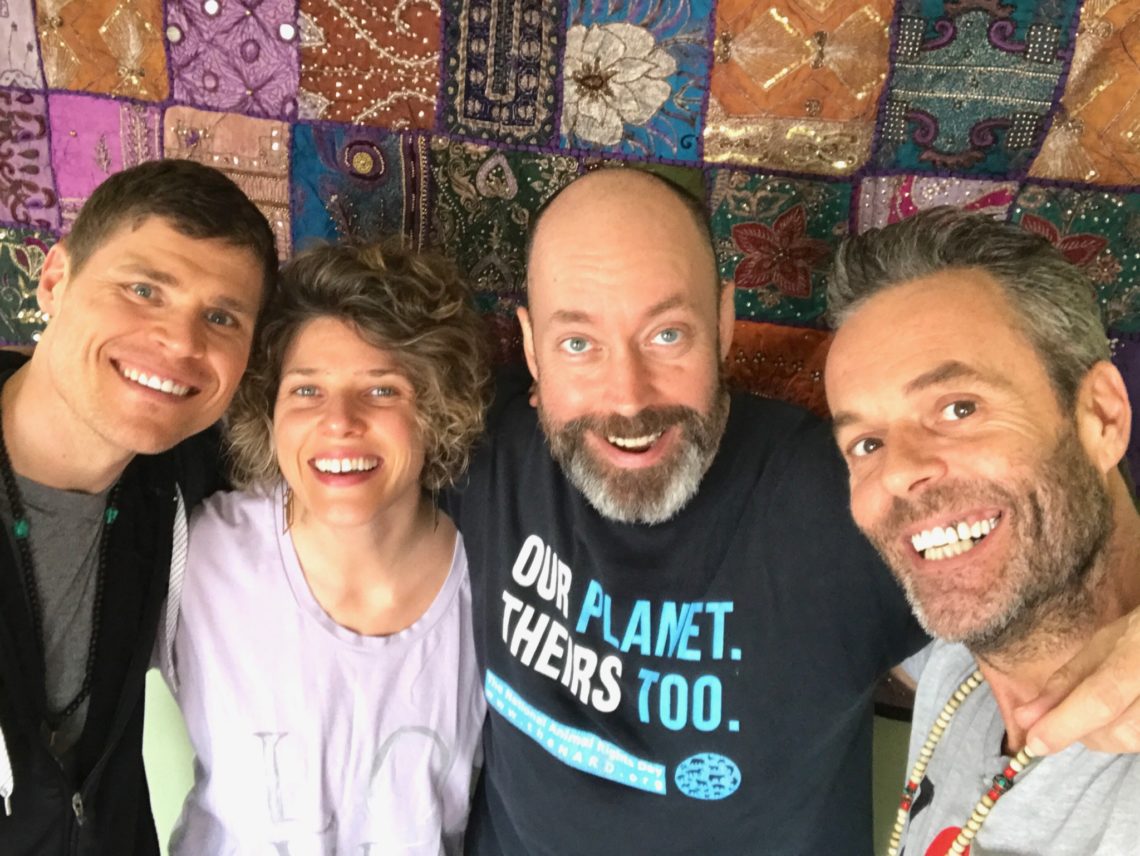 I had a really low point during my second week. In a nutshell, I was struggling with discouragement about the program and realizing that I had been coping with “negative” feelings by eating. So here I was in place where I was feeling emotionally upset, and smack dab in the middle of a commitment to eat and behave healthfully. I just had to sit with how I was feeling. I made this video that day to work my way through it. Later that week, Jamie and Marc let me know that self-love coach and astrologer (among many other things) Melissa Simonson had seen my video and was ready to join the wellness crew. She would be gifting me two sessions with her. Soon after that Cindee Rifkin joined the squad to introduce yoga, breath work, and meditation to my wellness routine. The most remarkable thing about all of this was how seamlessly the approaches of these four people flowed together. There was unbelievable synchronicity in my sessions with all of these folks, and it was absolutely invigorating to have an entire team working with me.

More than I bargained for 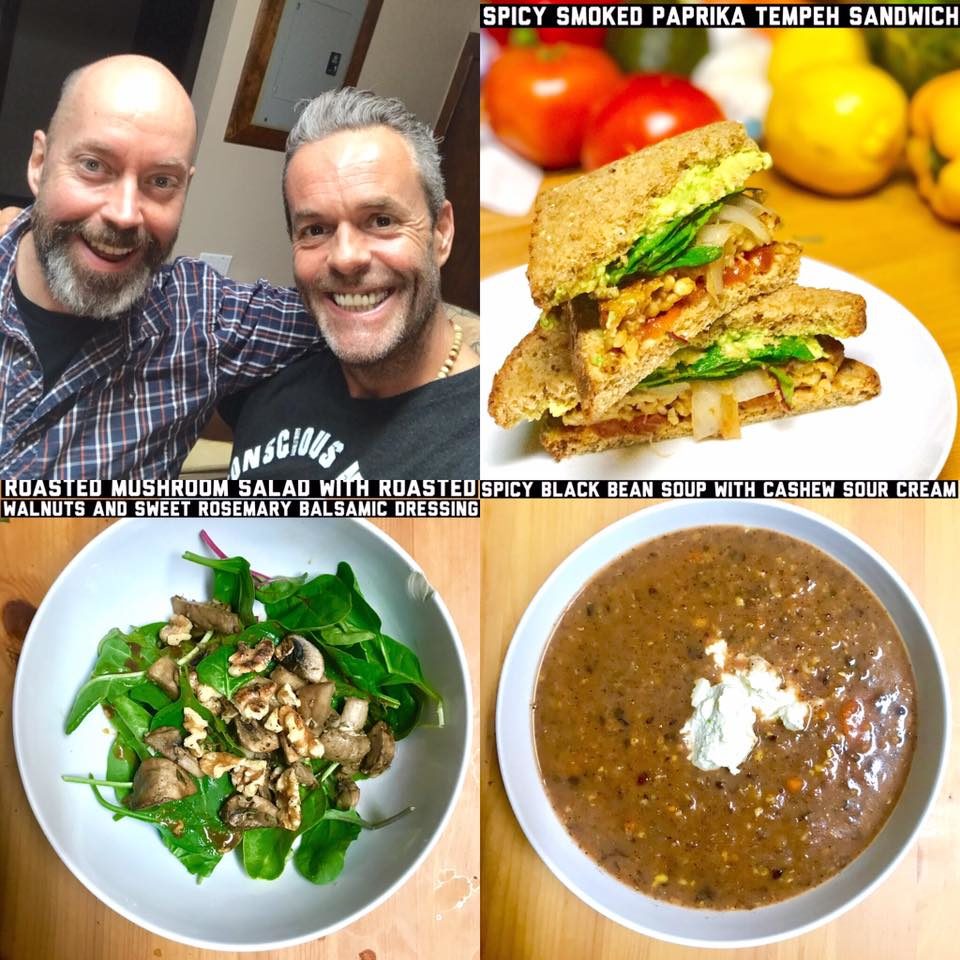 Some changes during the course of this 30 days were immediately apparent. After just one day of eating only whole foods, I slept through the night not needing to wake up and grab the ever present bottle of Tums on my nightstand. Virtually every night for the last 15-20 years, I have been awakened by heartburn and acid reflux. The problem immediately stopped, like, totally 100% gone. I also began losing weight at a pleasing rate, and my energy was fantastic. The thing is, those were not the most valuable changes I experienced. My mental state and self-esttem began to improve quickly as well. I started to feel comfortable in my still “imperfect” skin and felt locked in to the flow of the universe. That sensation of being on a path is a breathtaking and unexpected gift that came directly from this crew of beautiful humans. 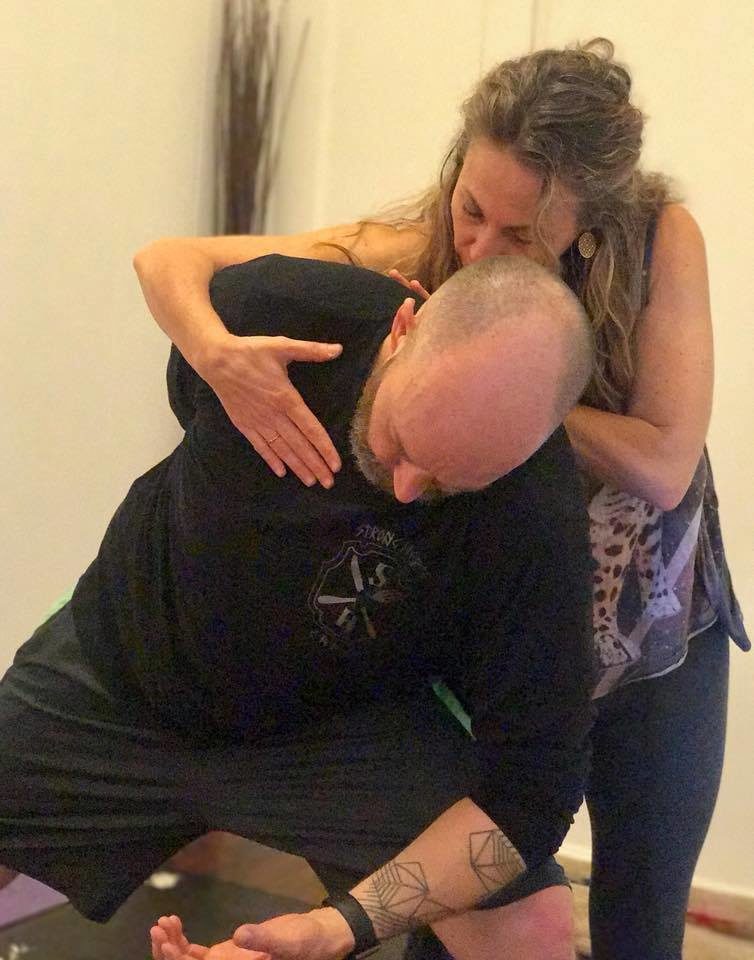 As I took the subway home from my last sessions, I received a very disappointing email about a grant I had hoped to receive for a creative project. I felt myself sink into a dark place of anger and discouragement. It didn’t take long, though, to remember something Melissa had told me that very day about acknowledging these feelings, and in fact parenting the disappointed kid inside. I was able to turn it around and find a space to move forward, and use the experience as a source of affirmation. That’s the biggest thing I got from this whole process — Marc, Jamie, Melissa, and Cindee all worked to give me tools I could carry with me and move forward. Yes, I learned and felt inspired to exercise and eat better, but my seeming inability to stick to healthy habits were symptoms of my inaccurate perception of myself. I have spent a long time listening to the negative self-talk in my head, and I was making my choices based on what I heard. During my time with this team, I really began to identify those thoughts as being untrue, and learned how to react differently when I have those thoughts. I supposed it won’t always be easy to stay on this path that feels so perfect right now, but I feel a real shift in how I see myself and my life, and I can’t imagine ever losing that. 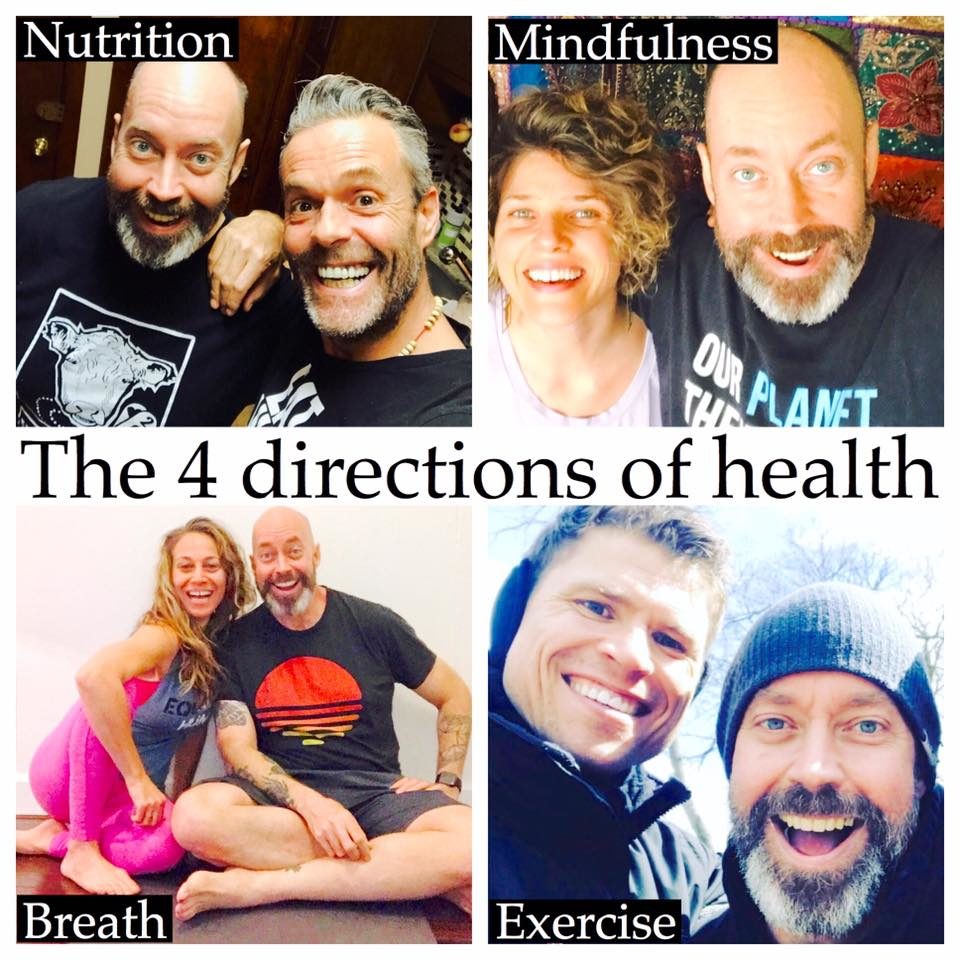 I can’t recommend this program highly enough, If you are considering hiring the 30 Days to Wellness team, brace yourself for a nutritional, spiritual, emotional, and physical experience that will rock the foundation of what you believe about yourself and what you are capable of. I could not have guessed that I would be changed in the ways that I was. I was hoping for some weight-loss, and I honestly doubted that even that was possible. Now? I’d be hard pressed to think of something that I think isn’t possible. 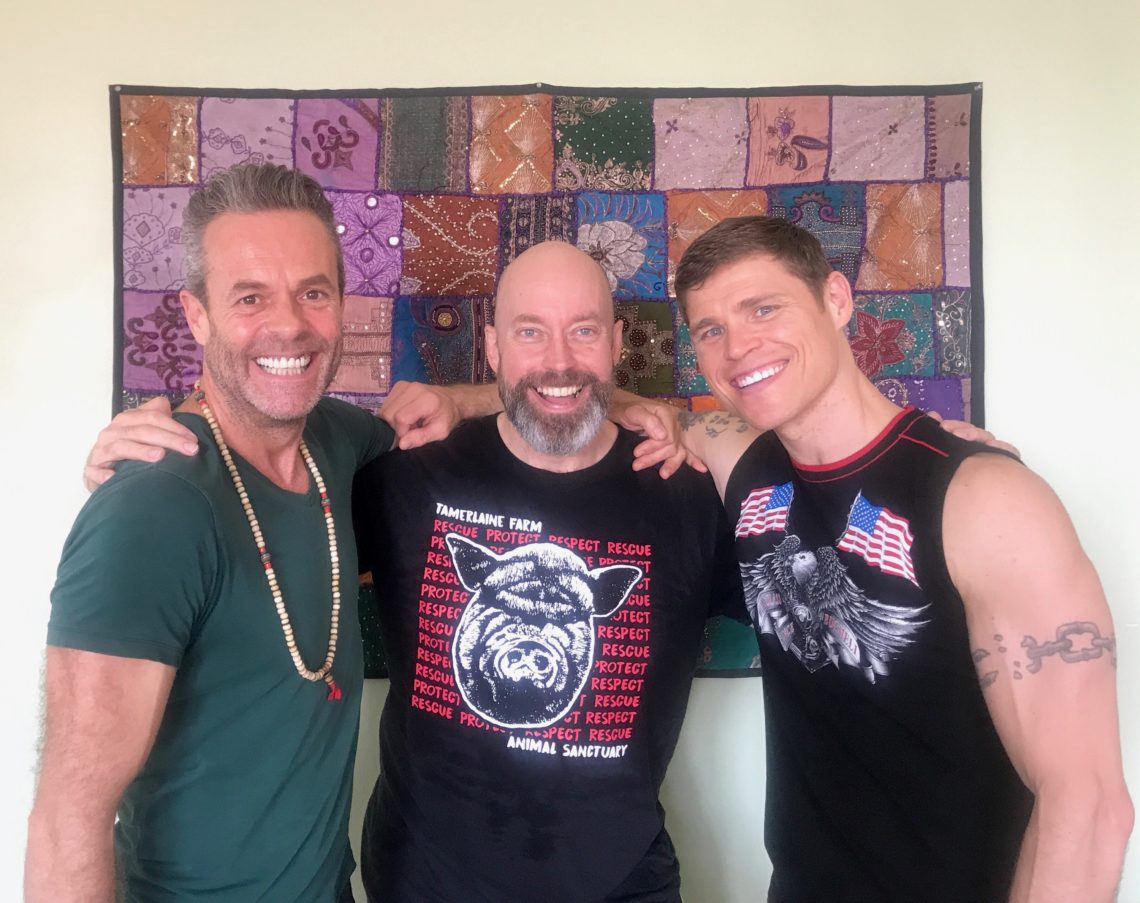