It’s been a while since I’ve done one of these tour diaries, but this last weekend with Sandra Bernhard was so extra-especially fantastic that I just have to write about it.

Sandra, Henya (our road manager), and I met early Friday morning to start the journey up to Plymouth, New Hampshire for our first show at  The Silver Center for the Arts. It was about a 5 hour drive, but it actually felt pretty quick. We were well stocked with snacks so we made the whole drive with just one quick stop, checked into our markedly rustic rooms at The Common Man Inn and made our way over to the theater for sound check.

This time around I noticed that I almost always have a sense of apprehension heading to these new venues. We are always well briefed on what to expect at each place, but you can never really tell exactly how the piano and sound will be until you are in the space, and we’ve encountered some less than desirable situations. In the case of The Silver Center, though, everything was spot on. The piano was a spectacular 9′ Steinway and the sound was perfect. We were greeted by the director of the center and a team of students who would be our crew for the show.

As is often the case, Sandra had some new ideas for the show which required me to track some chord charts and music down on my iPad. Tech director Bob Bruemmer and house manager Ginny Fisher were perfectly accommodating with my requests for printing out music and I got all the new changes ready to go in plenty of time to have a relaxed dinner before the show.

The great thing about this gig with Sandra (though it’s often a stressful thing about this gig) is that I am pushed out of my comfort zone and thereby discovering that I am capable of more than I realized. With many singers I play for, the goal is a sort of on-stage perfection, so the process of creating and planning happens well before the performance. With Sandra, I’m beginning to see that the process is continual. While this means a bit of a scramble before a show now and then, it also brings a sense of excitement and discovery to each show as well.

The show that night went off perfectly, we wrapped up merch table and signing pretty quickly and made it back to the hotel  and to bed before it was too incredibly late. 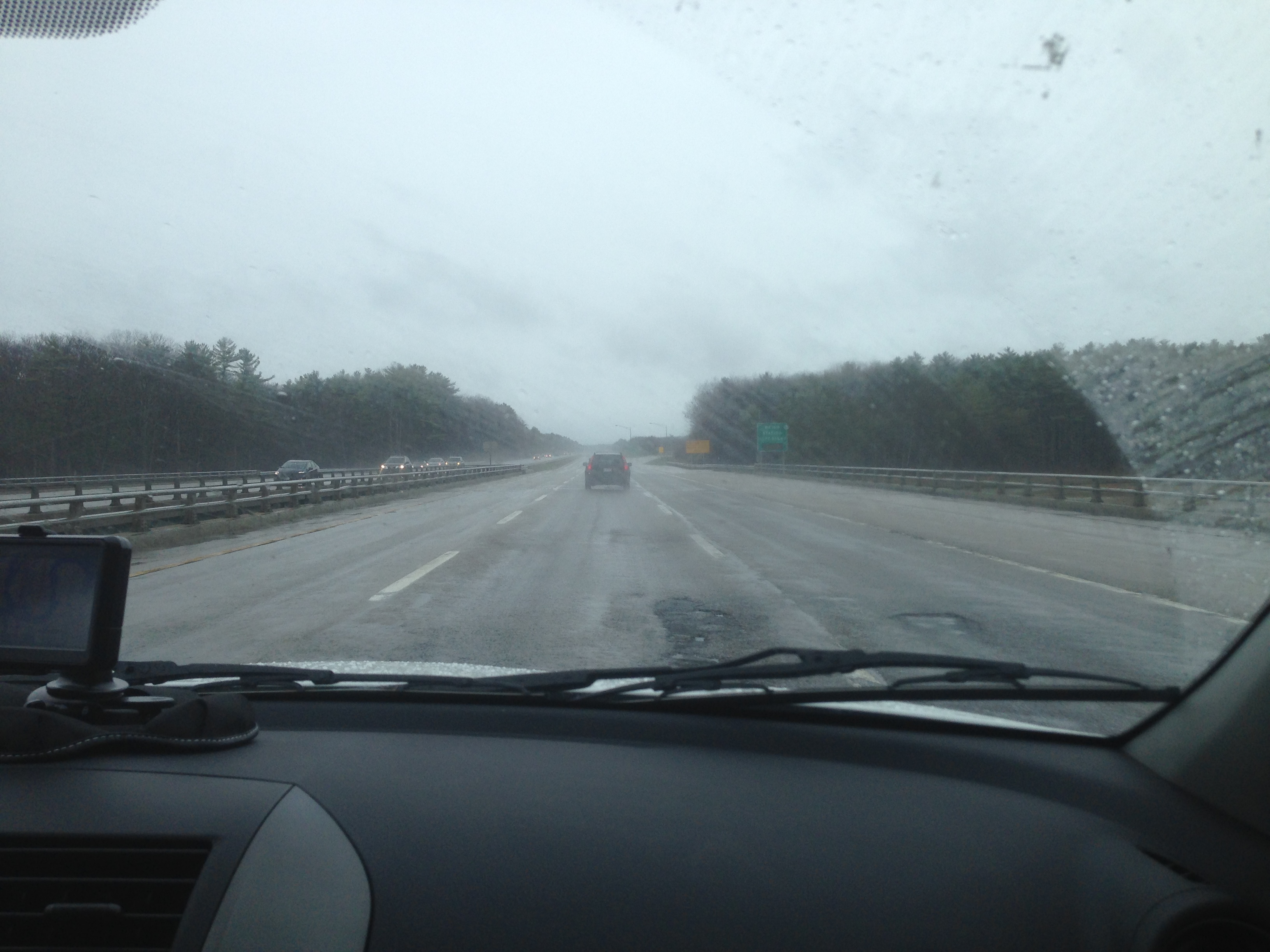 The dreary road to Ogunquit.

At around noon on Saturday we checked out of the hotel and headed up to Ogunquit, Maine for the next show at Johnathan’s. It was a pretty easy drive, but we were all ready for lunch an hour or so into the drive. A mile or two after we verbalized the desire to find a cute organic market or something, we came upon an oasis in the middle of this seemingly endless stretch of highway – Susty’s Cafe. All organic, all vegan, all amazing. I can’t tell you how hard it is to find good vegan food on the road, so I was thrilled. We were served by the owner, Norma, who was perfectly delightful and steered us through the fantastic menu with ease.

We made it to Jonathan’s soon after that, checked into our hotel room and headed to the performance space for sound check. This place was much smaller, but I was really happy with the piano and the sound was surprisingly good, too. Honestly, though, the whole set-up seemed a little make-shift at first.  We were sequestered in a small dining doom that was to serve as our dressing room, green room and dining room connected to an icy-cold stairway that led up to the performance space which Sandra aptly compared to a rec room.

When the time came for the show, though, I could tell that it was going to be a good one. The room was packed and the audience went WILD when Sandra was announced. She made her way to the stage through the packed house and instead of starting the opening tune, she riffed and interacted with the crowd as I vamped underneath. That opening song is usually 3-4 minutes at most, but on that Sunday night, it must have gone on for 10-15 minutes. No joke. Sandy  ad-libbed her way through it, adding bits of other songs, observations about the weird space and there were some bizarre audience participation moments that only served to bring the perfect Bernhard insanity to its zenith. A brilliant show ensued.

My friends Wendy and Michelle came out to the show (and brought me a huge bag of vegan snacks for the road– thanks guys!) so it was fun seeing them out there during all of this. I dare say this was my favorite of the shows I’ve done with Sandra to date.

By Sunday, the three of us were pretty wiped out. Breakfast at the hotel, followed by a pretty uneventful drive back to NYC. Lots of napping and snacking and laughs about the Saturday night show. Really not much to tell about this day.

All in all, a pretty spectacular weekend. I love checking out new towns, staying in hotels and really enjoyed riding the wave of creativity with a sense of adventure rather than panic about adding something new at the last minute. Everything turns out great, and the energy and freshness that comes from allowing (and savoring) the unexpected  makes for a really invigorating show.

From the land of my solo work, I planning a couple of things that I am not quite ready to share yet. There will be some recording involved, but in a pretty cool way.  Sooooooooon……