While I was in the Pacific Northwest, my friends with Unparalleled Suffering and The Evidence Box took me to a local dairy farm they had connected with to take some photos. I was going to write a post about this, but really, what I said on Facebook about this really sums up how it felt: 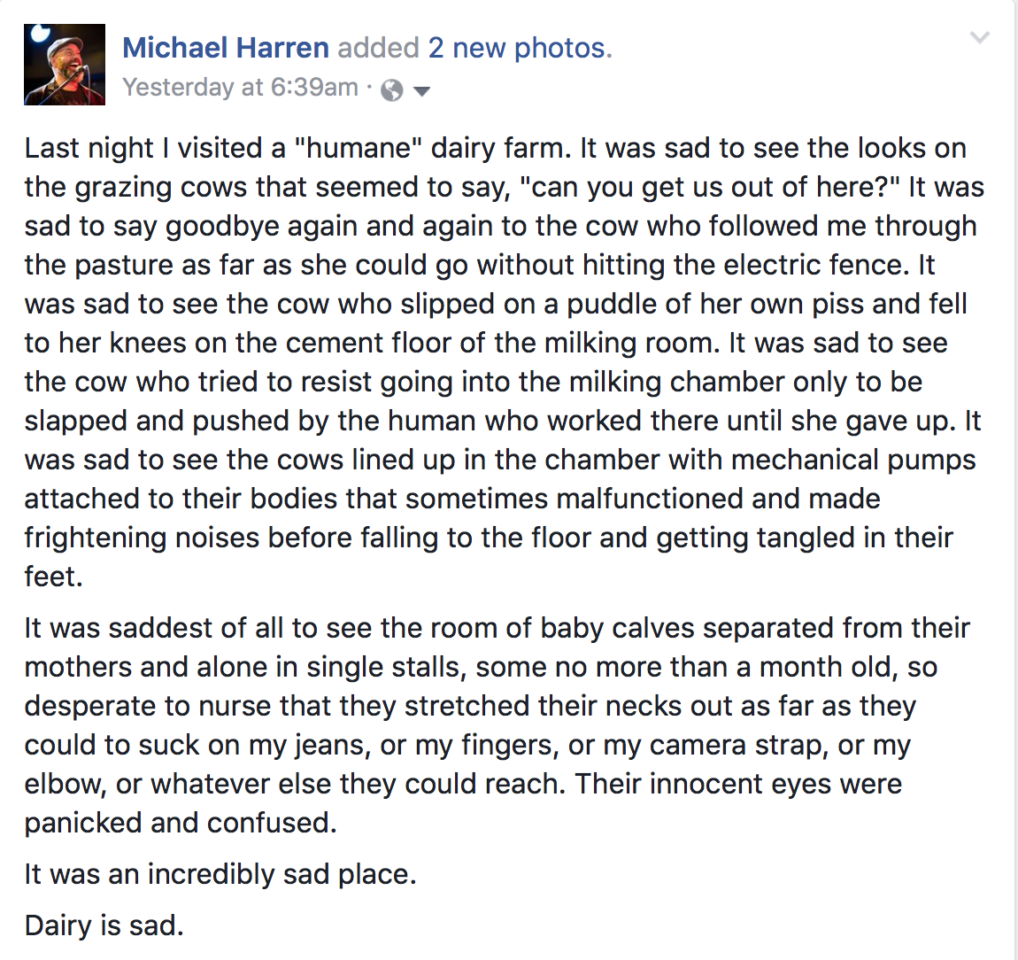 I guess there’s not really much more to say about it than that. Dietz told me later that some of the calves in those stalls were more like two or three weeks old.

While on the subject, I wanted to let you know, if you are interested in supporting another activist artist, Unparalleled Suffering is working incredibly hard at documenting animal abuse, and is getting ready to travel to NYC to document kaporos. You can subscribe to his Patreon here or do a one time donation on his current gofundme page here. I subscribe to his Patreon and have seen first hand the amount of work and passion he puts into what he does. An absoultely valid artist to support.

In other news, I left Seattle today, making sure to leave plenty of time to get to the Portland Airport in time for my flight back to the East Coast in the morning. I heard scary stories of how terrible traffic would be due to the eclipse, and NW Veg even cancelled my talk I was supposed to do tonight because of how crazy the city was supposed to be. It took maybe an extra hour to get down here to Portland where I will be killing time until my flight boards tomorrow morning. Everything is fine here. I’ll be spending the night in the airport which sort of sucks, but it’ll be okay. Tomorrow I head to Syracuse to help out my friend Joel at the NY State Fair, I’ll be among the staff members at the Strong Hearts Cafe booth at the fair. I have never been more excited to return to food service! Right after that, I’ll be heading home to Brooklyn. I’m pretty excited to be back home to cuddle my cat.

p.s. I have uploaded a ton of photos to my flickr page. There are some good ones in there, I think. I’m really having fun with the photos, and it’s especially satisfying to have my own images to use with my social media/patreon/etc posts.