It’s so strange to write a new blog post after such a long time away. Do I make excuses? Fill in all the pieces since the last one?

Or just move on?

My Magic Time show was a great success. From the brilliant sound engineer, Zac, to Micah, the organizer to the PACKED house. David Packer and Leah Coloff on strings: Brilliant. Rina Deych, Cynthia King and Barbara Sitomer (of GonePie) rocked the vegan noms like champs. Not to mention my dear friend Melissa who kept the live stream rolling on teh interwebz. My performance felt real and gloriously imperfect and it was just right in that space. I am still floored that the church just does this. You know? 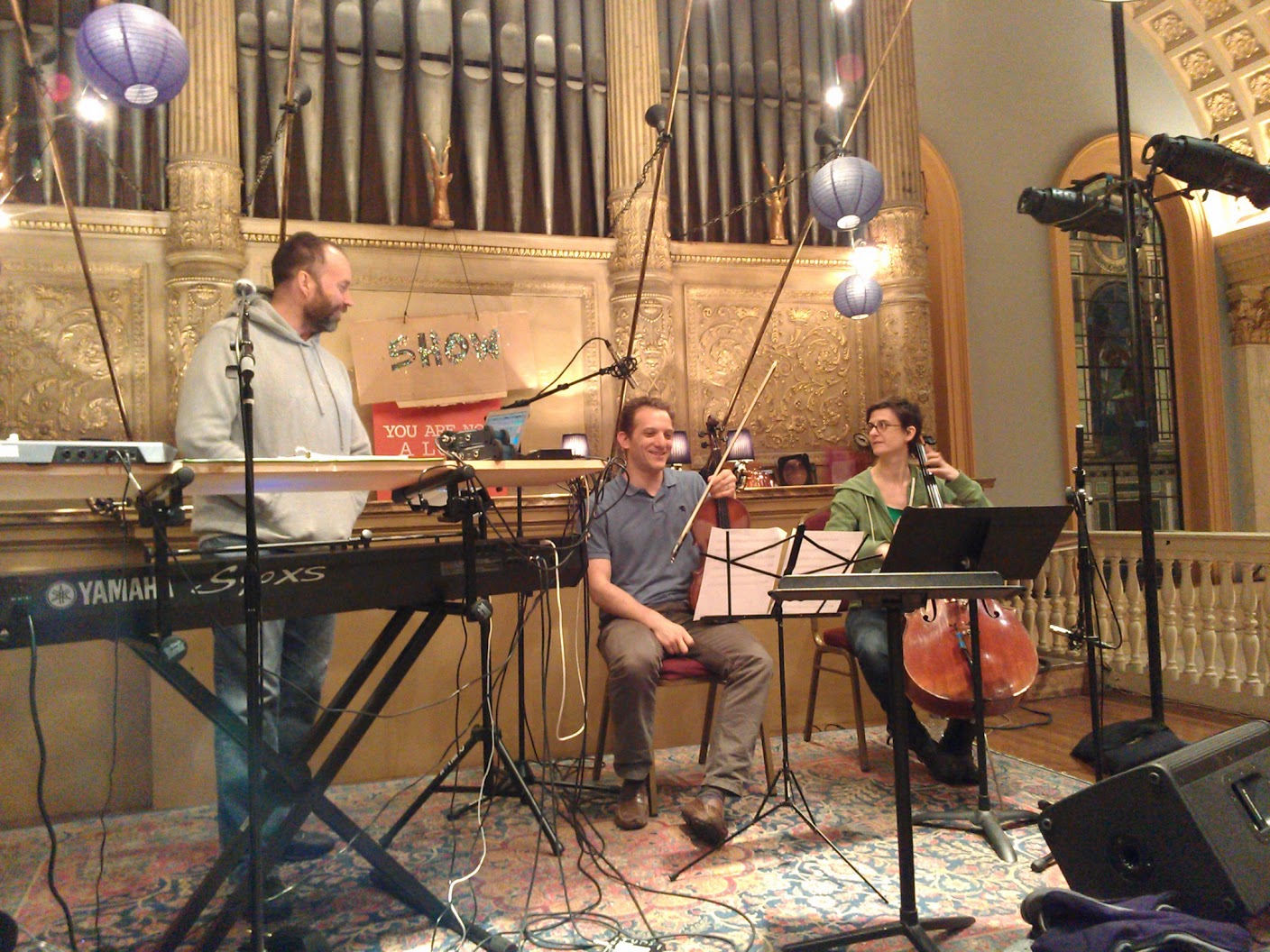 Rehearsing with String Players: David Packer on Viola and Leah Coloff on Cello. 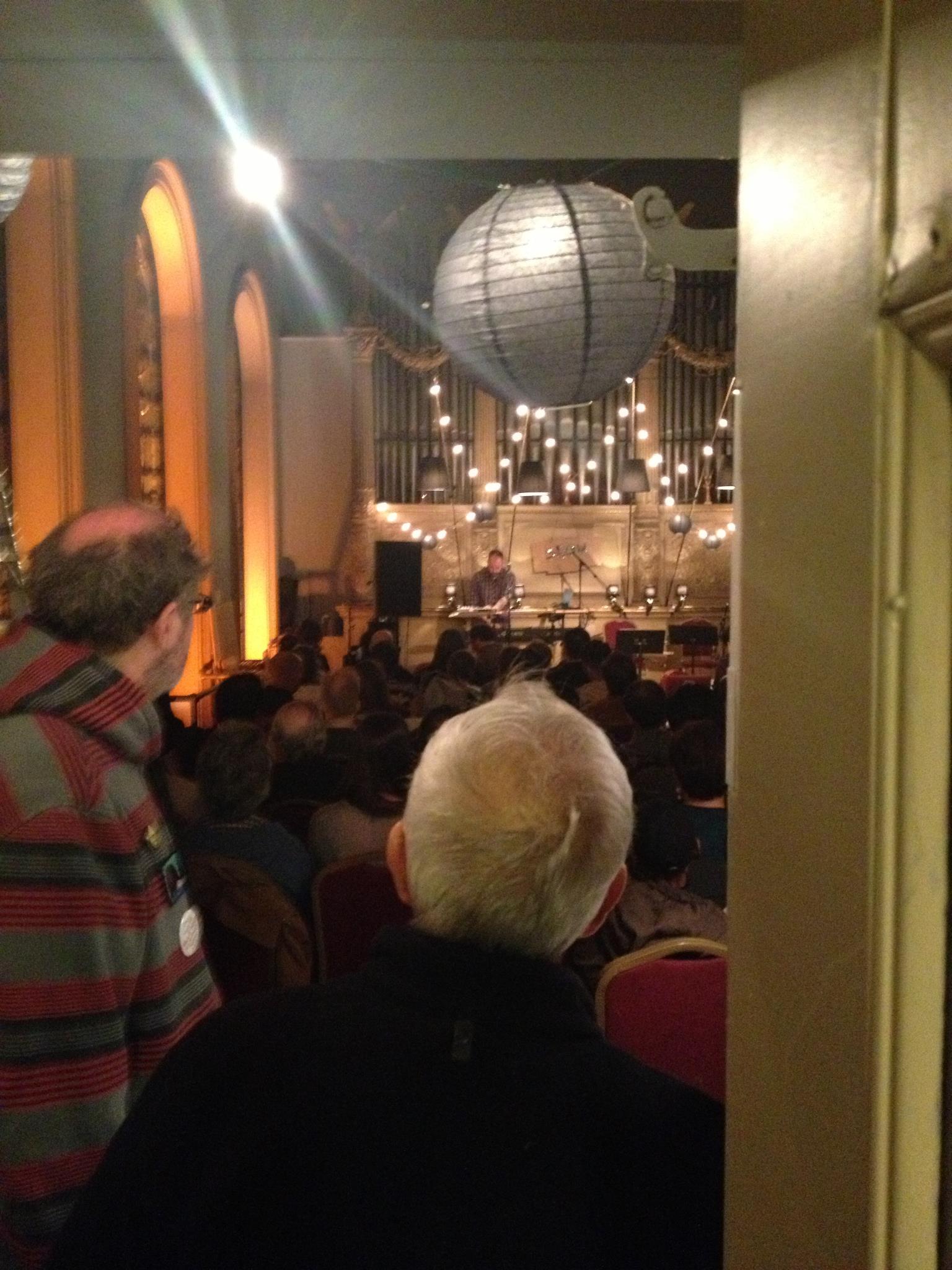 At the performance. All the seats were full and people were standing in the back! 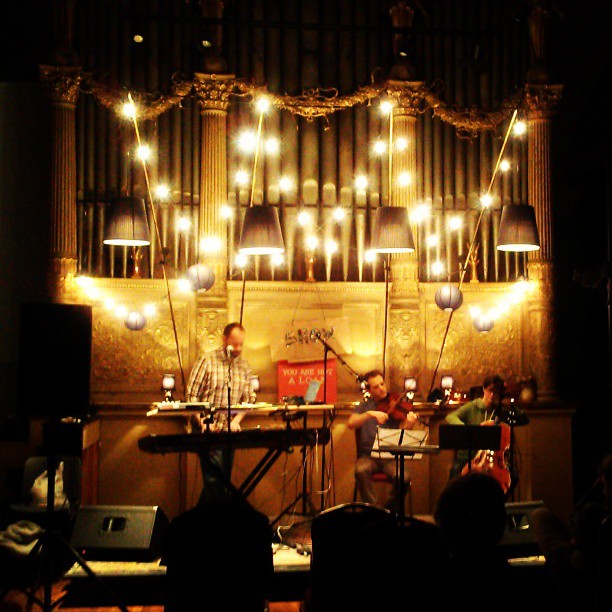 Video to come in a week or so. There was a webcast of it that I forgot to post here, dang it. I’m so busy on Facebook, Google+ and Twitter, that I forget I have an actual website to write on too. Leading up to the show I went back and forth between furiously working/rehearsing to sitting on the couch watching TV, encrusted in denial that this was happening. I blame that denial/overwhelm for the dropping of vlogging and blogging. I think it just had to be that way for me to function leading up to the performance. I have to say that this was artistically the hardest thing I have ever done, but being on the other side of it is so inspiring and I feel ready to continue on as a solo artist. It was that initial move from home studio to stage that was so terrifying for me, and a real playground for my fears and inner critics. Fuck them. They are dead to me….until the next time, I guess.

My director Adam is on board to continue developing the piece and Judson is on board to support with future Magic Time performances so. Let’s do this!

Thank you for being a part of this process!

2 thoughts on “The Day After”